The Guide to Approaching Influencers

It isn’t difficult to see just how valuable influencers have become in the world of advertising. With highly targeted audiences based on locations, hashtags, and niche interests, Influencers have become a highly effective marketing tool to companies both large and small. These social Influencers have spent years organically building their followings and have created brands for themselves. As more companies and agencies approach them, the more selective they can be about which products they will endorse and which they won’t.

Although many of them have realized their worth in the marketing world, most of them are still trying to monetize their audience, which gives marketers a golden opportunity to get an endorsement from someone that still has a genuine voice. The approach, however, has to be tactical or they will simply choose another product or business to work with. One thing to keep in mind is that many established Influencer’s don’t want their feeds or walls to look like a giant advertisement, so once an Influencer has agreed to work with you, contracts must be put in place to ensure that you get an effective campaign for your product out of the relationship.

How you should approach Influencers:

Mentioned above, Influencers take pride in the work that they have put into their own brand and carry themselves like any company or small business would. Many Influencers with large followings have seen that number grow over the course of years, and know that they are in a unique position to negotiate and even make a living. One step that many business and online marketers often skip is preliminary research before reaching out.

A good Influencer is always going to want to hear why you think their page is the right place for the product you’re pitching. It is imperative that you understand their brand and get a feel for the types of products they have promoted in the past. For examples, if you go to a lifestyle or fashion influencer based in NYC and ask them to post on behalf of a vaping company based in Portland, they are not likely to answer, subsequently dismissing you, as you’ve shown you have no concept of their brand and you’re carelessly asking anyone and everyone with a following.

When you approach them with knowledge about their brand and give them specific reasons you’ve chosen them to endorse your product or service, you are more likely to get a positive response and a real chance at negotiation and a long term partnership. 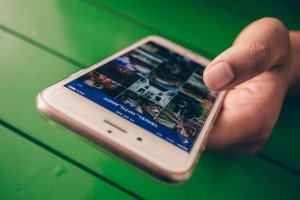 It should come as no surprise that smaller scale influencers are given free products nearly everyday by companies hoping that they will endorse the product without even being compensated. However, the bigger and more valuable Influencer marketing becomes, the more likely Influencers of any size are to ask for money.

This often means having a good idea of your budget in mind from the start and also being able to explain why your product or service might be genuinely useful and of interest to their audience.  Again, social Influencers have worked hard for their reputations, and they aren’t likely to throw away authenticity just because you want to pay them a few extra dollars. You’ll want to evaluate your whole campaign budget to set initial offerings to a few different tiers of Influencers.  Always leave room for negotiation. 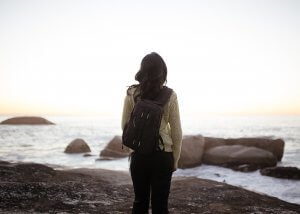 Step 3) Get a contract together

Because this type of Marketing is relatively new to the world, it isn’t black and white. While bigger Influencers often operate as LLCs or have agents and will have likely done this many times before, smaller influencers are less familiar with how the relationship works between company and influencer.

I can’t stress this enough: CONTRACTS

There are a few things that you should consider when writing a contract. This comes after the negotiation period and you and the Influencer should have agreed upon the number of deliverables and compensation, but there are other things that are just as important to consider.

As mentioned above, Influencers have not spent years building their followings to simply run their page as one big advertisement. This means, that once they have posted about your product on their feed, they will likely take it down after a short period of time. To ensure you get the most of your campaign budget, include how long you want the deliverables to remain on the Influencer’s blog, wall or feed before they can legally take it down.

This leads me to competition. As a brand, you don’t want to advertise with someone who is going to promote a competitor’s product in the same place, the week after they’ve posted about yours. You should absolutely include in your contract a period of time that the Influencer is prohibited from posting on behalf of competitor products. You will have to define what this means for your business.

You should always include a timeline or schedule, and if you or the client you’re working with wants to approve the content before it goes live, there should be a content calendar in place for concepting and approval of physical content. You want to protect yourself, so having an Influencer send a concept before creation gives you the power to say yes or no to their ideas before they move forward with producing. Many agencies or companies will include a clause saying that they are entitled to a certain round of edits. This is often overlooked, but highly important to a successful campaign. 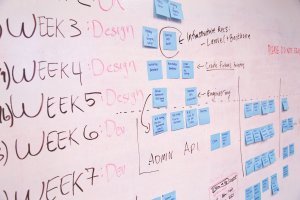 Last, but not least, you are paying this Influencer and therefore, they are operating a business. If they fail to deliver or adhere to the guidelines of posting, there should always be a legal contract in place saying that you may terminate the relationship, keep your agreed upon compensation, and the product should be returned to you or your company.

There is a lot that goes into Influencer Marketing and it is still a grey area for both Influencers and companies/agencies. A good campaign will make sure to consider everything mentioned above before moving forward with an Influencer and offering them a product or money. It is important to remember that you as the Marketer, and them, as the Influencer, are both operating as businesses. Do your research, hook them with a value proposition, and always protect yourself and your product.

To learn more about Influencer Marketing or to start an Influencer campaign, contact Fetch & Funnel’s chatbot!

WANT MORE ROI
from your advertising?

Hey, it’s not easy to get a high ROI. Competition for your customers has never been higher. What worked a few months ago no longer works today. Are you leading the charge, or trying to keep up?

GET A NEW STRATEGY

7 Ways To Research & Crush Your Competition in 2020